Cycling tours are growing in popularity. Since one works up an appetite pedaling from Point A to Point B, cycling + great food are a match made in heaven.

Cycling Adventures Suited to All Speeds

The Best National Parks for Biking

Where to go to take your cycling experience to a whole new level.

The ELEMNT is one of RoadBikeReview’s favorite GPS enabled cycling computers with tons of great features and easy to use interface. Read about Bicycle Adventures’ recent partnership with Wahoo! Fitness to offer the ELEMNT on tour.

From grownups-only summer adventures to exploring the world on two wheels, see these summer fun ideas from the Boston Globe Travel.

If you like to bike but hate traffic, try this easy ride from the Cascades to Seattle. Includes stops at Snoqualmie Falls and the tasting rooms of Woodinville’s wine region.

Ski deals across the American West. Bicycle Adventures’ 144 new trips for 2016 including a Rails to Trails Tours series on car-free bike paths.

The 25 Best Cycling Roads in America

Mens Journal talks to those in-the-know in the cycling industry to find out their favorite American roads for riding.

A Romantic Shortlist in Honor of Valentines Day

Several guest favorite inns on Bicycle Adventures tours are also award-winners when it comes to romance.

Travel writer Mary Dunks examines the highs, lows and highlights of Bicycle Adventures’ Camino de Santiago Tour – as much a spiritual and historic journey as a bike tour.

A New Way to Tour Taiwan

A mini-history of bicycling the island of Taiwan – home to Giant Bicycles – and the story of how Bicycle Adventures began offering tours there.

Just one of several midwinter opportunities for cycling enthusiasts to stay fit during the chilly months.

Profile of Bicycle Adventures’ tour of the little-known island nation once called Formosa.

A sneak peek at what’s in store for bicycle enthusiasts with trailblazing Bicycle Adventures’ 2015 calendar.

Toast Thanksgiving or ring in the New Year with Bicycle Adventures on a warm-holiday bicycle tour of Hawaii’s Big Island.

Profiles a handful of the best family-friendly vacation companies.

Bicycle Adventures’ Head Guide Teri Smith left the corporate world behind for the wide open spaces, but found enough space to take it with her.

More and more tour companies are boosting access to their tours by adding electric bikes.

On Two Wheels in Washington Wine Country: A Soul-Satisfying Balance

Pedal for a Living as a Bike Tour Guide

Bicycle Adventures Head Guide Matt Barney gives the inside scoop on the life of a bicycle tour guide.

2014 Suncadia Cycling Festival – in the Rearview

A review of the inaugural Suncadia Cycling Festival.

Tours of a Lifetime – Best Tours in North America 2014

National Geographic Magazine taps Bicycle Adventures’ Empire Epic tour as one of its 2014 Tours of a Lifetime.

New Trips for Cycling in the City 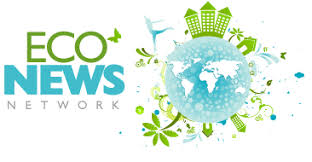