The Truth about Electric Bikes: Why Everyone Should Love an E-bike

We recently published an article about e-bikes vs road and mountain bikes, and it caused quite a stir amongst some of you. So, as owner and president of Bicycle Adventures, I thought I’d throw my 2 cents into the debate…

First of all, an e-bike is not a motorcycle disguised as a bike. It does not have an engine to start – or a throttle – and you do still have to actually pedal it. Or at least you do if it’s a good one.

Here is why an e-bike is so great…

I have been around bikes most of my life – for recreation, fitness, travel, commuting, athletics and as a profession – first as a bike racing coach, then owning a bicycle touring company. And in many ways I would consider myself a purist when it comes to bicycling.

To me, ‘purist’ means someone who loves to ride their bike for the sake of riding a bike. You won’t find me worrying about the latest technology or debating the merits of road biking vs. mountain biking. Just give me a bike to ride. That is the bottom line: be it fast or slow, short or long, riding a bike is just…fun.

But why is it fun?

So let’s think about that a bit. When I was coaching bike racing back in the 80s and 90s, people would say, “You coach bicycling? What does that even mean? Doesn’t everyone know how to ride a bike?”

So what does it mean to know how to ride a bike? 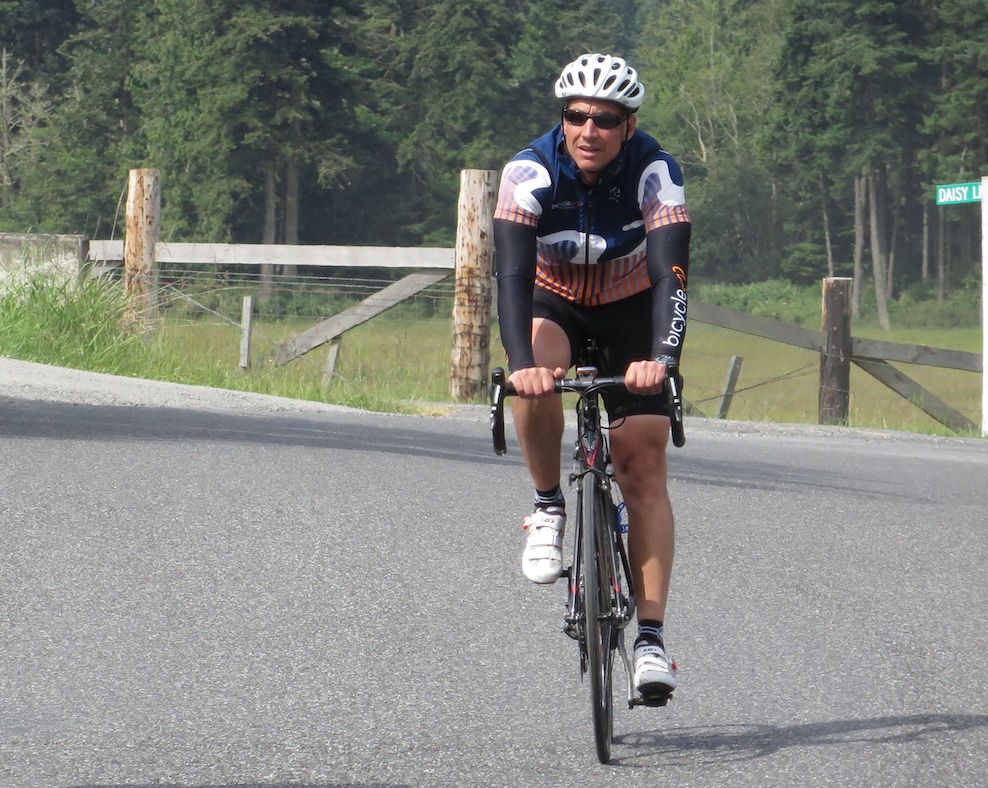 The truth is, there’s a lot to know in order to really enjoy riding a bike – and to me, enjoying riding a bike is to not have to think about it.

I have mastered the skill. I have gone through the 4 stages of mastery.

I probably don’t need to say that riding a bike is all about balance. To ride a bike you need to be going fast enough, keep the wheel straight and distribute weight evenly.

But most of you are beyond this stage.

This can be incredibly satisfying, and this is where many – if not most – people stop.

When I was learning, I remember when I was finally able to ride a bike for a few minutes without stopping. I had to concentrate extremely hard. I would think about keeping the wheel straight, not leaning too much to one side and making sure that I didn’t go too slowly – all at the same time. I could ride the bike, but I was far from an expert.

From competency to mastering the skill. 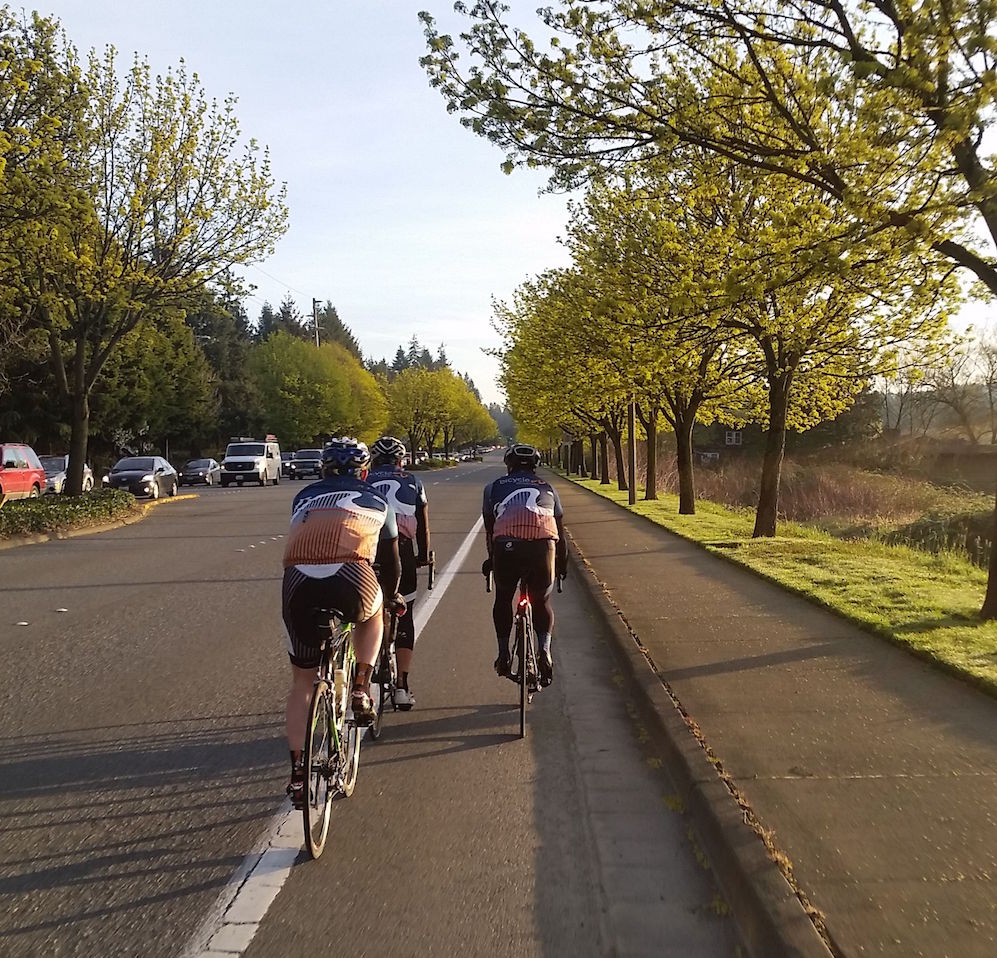 Not everyone wants to be an expert, and that is OK. Most of us have ridden bikes enough that we have reached that magical point where keeping the bike upright, balanced and moving does not require a lot of concentration as long as we are on a safe flat bike path. However, as our environment changes (steep hills, other riders, traffic, stop signs, shifting) we no longer feel quite so competent.

This is the point where an e-bike comes in.

An e-bike levels the playing field and allows you to leap ahead in your competence because it takes away the need to worry about several things -like your pedal cadence, which gear you’re in, and how to pedal up or down that hill.

Let’s face it. Maybe you’re a runner or tennis player who is coming to cycling later in life. You may not have the time or desire to become an expert, but that doesn’t mean you should sacrifice the joy of riding a bike that you loved when you first learned how. Or that you should have to forego a cycling vacation with the wind in your hair, the fresh air, exercise and the perspective you gain from the seat of a bike – the perspective that you can’t ever get from sitting in a car or bus.

Mastery on a bike is not just the skill of riding a bike but knowing how to ride in traffic, how to ride with other riders, how to ride up a hill, down a hill, descend, ride in various sorts of terrain, how to ride at various speeds, how to pace yourself, when to shift and when not to (without thinking, “Should I shift now?”). Shifting has become as automatic as it is in your automatic car.

An e-bike will make up for a lot of things when it comes to mastering riding a bike, but more importantly it will help you master a bike tour – because you’re doing those things on multiple days.

Don’t knock it ‘til you’ve tried it!

I had someone show up to a scheduled bike ride the other day who was a very fit individual. He was excited about the tour; he wanted to get some exercise, and he was too proud of his fitness to need an e-bike. I know this gentleman fairly well. I said, “Don, you are very fit and strong, especially for your age, but you don’t know how to ride a bike.”

He said, “What do you mean I don’t know how to ride a bike?”

“Well, you don’t understand how to pace yourself on a hill, or pedal in the right gear, or how to start and stop safely. Or how to anticipate unconsciously what to do next. You are having to think about all these things instead of simply enjoying the ride. So I recommend using an e-bike. Although it doesn’t get you past all the skill training, it gets you past most of the things that prevent people from enjoying a bike ride the way I do. Just give it a try.”

He agreed to give it a shot, just for the day. I spent a few moments showing him how to use the e-bike. Then off we went with about a dozen other riders.

Being as fit as he is, Don wasn’t about to give up on a workout. So he spent the first couple of miles experimenting with the amount of electric-assist. None. A little. A lot. Full power. Back to none. “Wow!” he exclaimed. “You can actually get a great workout on this!”

He spent the second third of the ride sneaking up behind his cycling buddies in the group, then upping the e-assist to full power and blasting past them, gleefully announcing, “On your left!”

By the last third of the ride, he was cruising joyfully ahead of everyone as he led the charge to the finish line. And by the time we caught up with him in the parking lot, he was already working on where to purchase a couple. 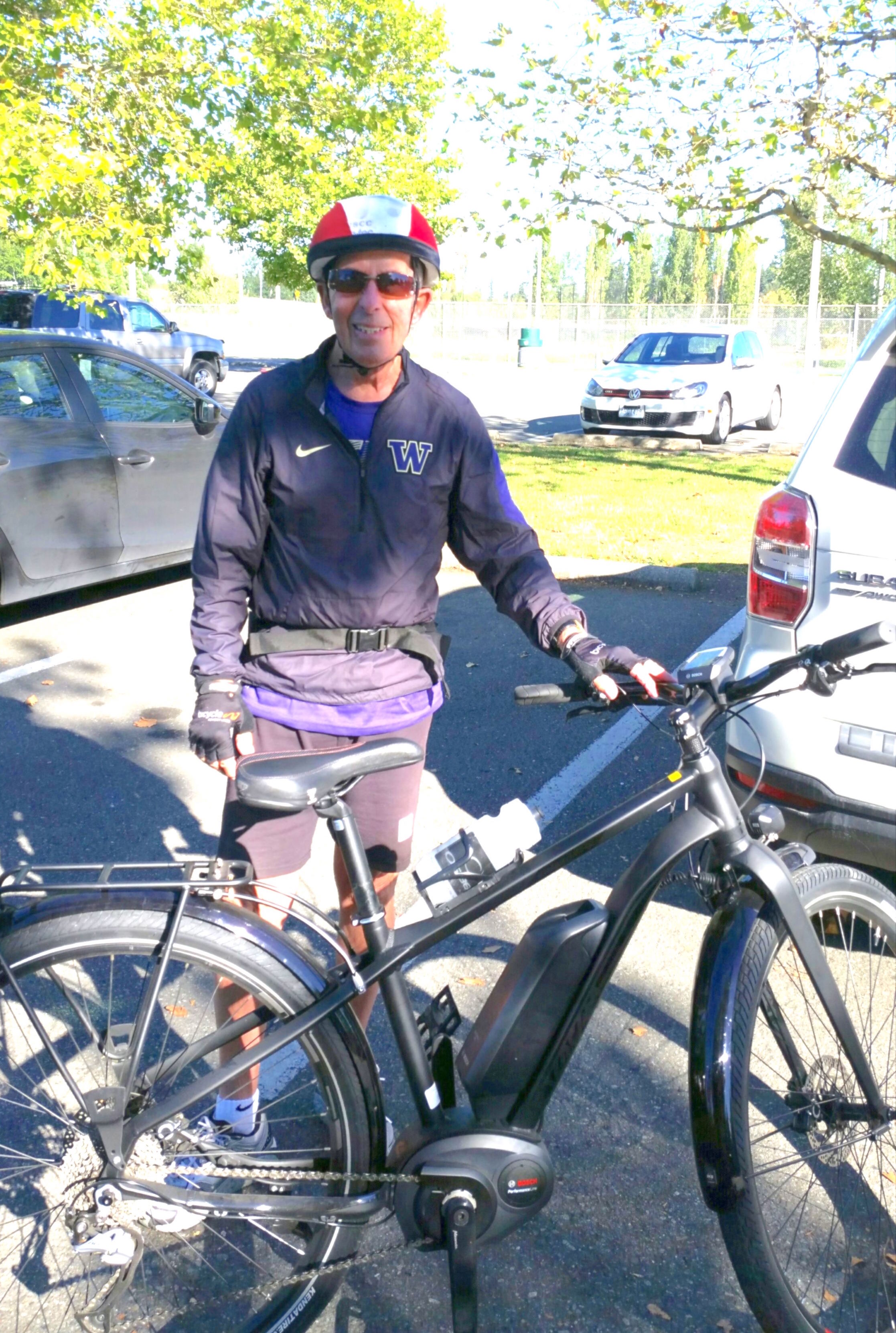 And that’s what I mean by being a purist, by the hockey player not thinking about skating. Don had gotten back to the fun. The point where riding a bike had nothing to do with traffic, or hills, or shifting. It was just plain…fun.

What’s not to love?

Still on the fence?

Here are the four things an e-bike will do for you to speed up or eliminate the learning curve – which, coincidentally, are the four “fears” we hear the most about riding a bike.

So why not give it a shot…

So, as you can see e-bikes and purists can get along just fine. The 3 things to remember are that riding a bike is great for the environment, great for your health and overall it’s just a better way to see the world.
But what it boils down to in the end is that it should be fun.

We have plenty of tours where an e-bike is an option. So whether you’ve been turning your nose up at e-bikes because you see yourself as an expert, or you aren’t confident in your cycling abilities but were afraid to put your trust in the equipment, get in touch today and hopefully you’ll be e-riding off into the sunset very soon. 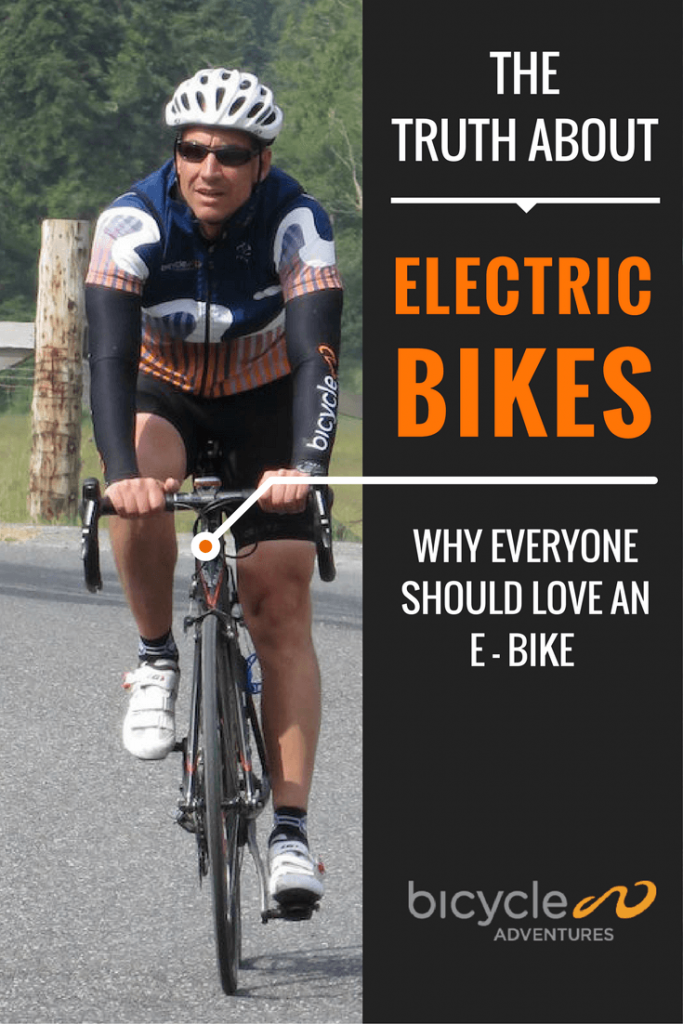