'Nature,' ... whether it's in the wilderness or my backyard. We often forget, but nature is what we are.

One of Chad’s earliest memories is seeing the Rocky Mountains for the first time as he and his parents were moving west from Iowa. He was only about 3 years old, but says, “I knew we were headed in the right direction!” He spent a lot of time in the outdoors growing up: hiking, fishing, and hunting with his parents. As a youth, soccer was his favorite sport. “I was like a junkie for the black and white ball, chasing it constantly.” During college, music became a passion. Over the years Chad has played bass guitar in a number of different bands. In his 20’s and 30’s his interests turned toward travel to foreign destinations: Mexico, Central, and South America, Europe, Asia. Ultimately, “Nature is my temple and I like to get my spiritual ‘fix’ as often as possible.” Any given weekend you’ll likely find Chad somewhere outside.

Olympic National Park forests have more bio-mass per acre than anywhere else on the planet and the Park preserves more wild coastline than any other Nat'l Park. Cap it off with rugged snow-capped mountains and you have a destination unlike any other.

I have been a reading junkie for 50 years now, so it's hard to pick a favorite. For fiction, maybe Friend of the Earth by TC Boyle. For non-fiction, maybe Desert Solitaire by Edward Abbey.

Pedal alongside the crystal-clear waters of the Adriatic Sea, flanked by vineyards, olive groves, lime...

The Camino de Santiago – the Way of St. James – is the name of the pilgrimage route to the shrine of t...

This tour is run by our sister company, Evergreen Escapes. 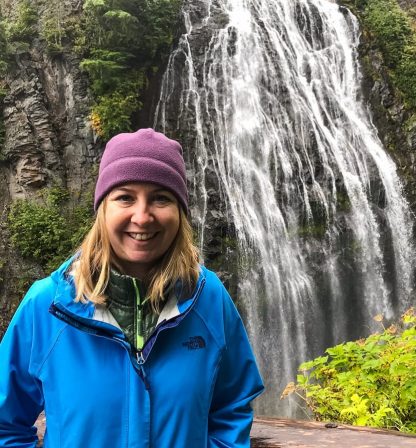